What Cooking Means To Me 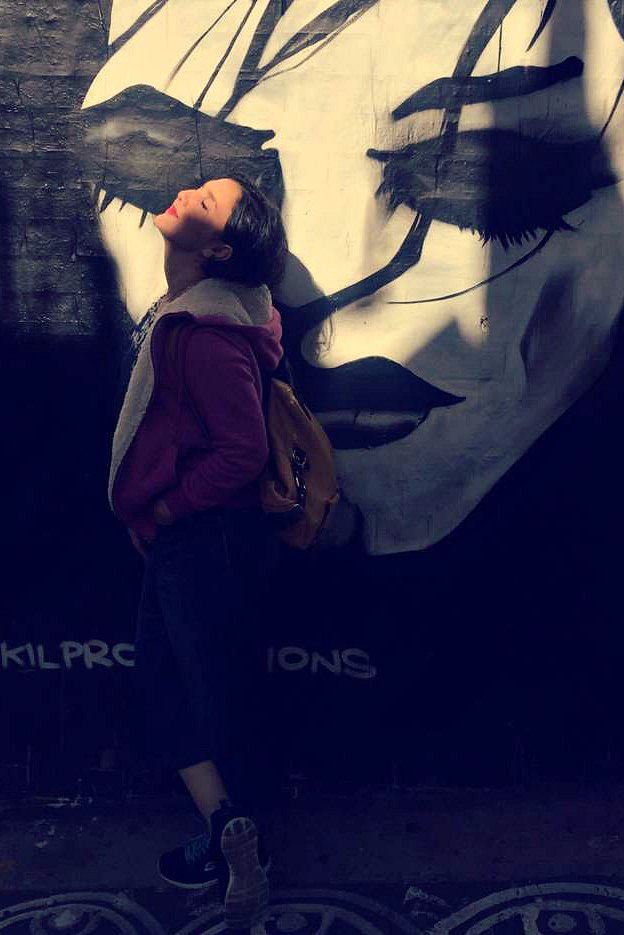 Fourteen years ago, I fell in love and eventually married a man who is Indian and a Hindu. Back home, this choice for a Muslim woman was considered not only a religious suicide, but also a social one.

During those difficult times, Amit and I took a trip to Europe. Strolling out of an alleyway in the historic city of Bruges, we stumbled upon an establishment that took my breath away: “Ryad — Moroccan & Indian Cuisine”. In a time when many people considered our union unusual, the melding of Moroccan cumin and Indian saffron on that side street in Belgium gave me hope. That was a turning point that deepened my fascination with food — what was once a hobby became what mattered most to me.

My “CookingWithAlia” show started in 2008, a few months before my trip to Bruges. Taking advantage of a visit from my grandmother, I filmed and posted online a video of us making “Baghrir”, my favorite Moroccan pancakes. I thought that having the step-by-step video would help me reproduce this recipe whenever I wanted as I lived in the U.S. and missed Moroccan food dearly. Apparently so did hundreds of YouTube viewers! Dozens of requests came in from people of all sorts, and I quickly recognized that teaching Moroccan cooking in English was a niche to which no one catered. Through trial and error, I learned how to cook, film, and edit videos – my main goal was to simplify the mysteries of Moroccan cuisine for them and for me!

After my trip to Bruges, I looked at cooking in a new light. In reality, food is more than just combining a list of ingredients while following recipe steps. I have witnessed the power of food, I felt its validation, I experienced its empowerment in what I call the “Bruges Moment”… and I was longing to bring a similar spark to other people. Perhaps it was simply a way to get acceptance… because if others were able to experience a “Bruges Moment”, wouldn’t they stop judging me? A desperate call to fulfill my desire of belonging…

Belonging… a word that was often hazy in my mind.

At the beginning of CookingWithAlia, I was quiet about my own interracial background. As I mentioned, I wanted to spread the Flavors of Morocco around the world. But how can the “Ambassador of Moroccan Cuisine” not be 100% Moroccan?

This fear was pushed further when, at one point some Moroccans living in Morocco discovered my YouTube channel and hated the way I cooked and did not understand my simplification methods.  Yes, I admit, at that time I was not a great cook and I was basically learning how to cook in front of the entire world… but couldn’t you see and appreciate my noble goal of simplifying Moroccan cuisine? For many the answer was “NO”. They just wanted me to stop.

Call it excessive optimism or naive determination, nothing was going to make me stop: I wanted to become the Ambassador of Moroccan Cuisine, period. Now looking back, I understand that it was not just optimism or determination, CookingWithAlia gave meaning to my life… and it became my oxygen. I was not going to stop it. So I was scared… I was scared that people would discover that the only true Moroccan in my family is my grandmother.

I was born and raised in Morocco, and yes, I do have a Moroccan passport! My mother is half-Algerian and half-Moroccan, which is quite a revolutionary combo given that these two countries had high tensions during those days.  My father is from Iraq, even after living for more than 37 years in Morocco, he still has his thick Iraqi accent. My husband is from India. And at that time, I was living in the U.S. and was in the process of becoming a U.S. citizen. So how can such a mixed person claim to be a true Ambassador of Moroccan Cuisine?

For a few years, I kept quiet about my background. It was not until after the “Bruges Moment” that my perspective started changing… As I said, food is more than just combining a list of ingredients while following recipe steps. When geographical, political, or religious divisions may appear insurmountable, a fusion dish proves that harmony is possible. And I wanted to bring harmony to the world… one recipe at a time. My international background was a strength, not a weakness… It took a few years before I started embracing this idea fully. It flourished during my time in UC Berkeley while I was studying for my MBA in the Haas School of Business. Being surrounded by such amazingly smart, driven, unique people from all over the world, opened up my own world. Being different was celebrated at Berkeley.

“Question the status quo”, “Beyond yourself”, “Student always”, and “Confidence without attitude” were the defining principles of the Haas community. “Question the status quo”… this was my favorite principle because here was a community telling me that choosing a different path from the norm, questioning the rules, coming up with a new way of thinking, was actually good… They did not say it was easy, they said it was the right thing to do.

After embracing this principle, my fear of not belonging was dissipating slowly but surely. To live your truth, you need to live with courage. To be different, you need to bear the weight of loneliness. And I became OK with that.

As I was letting go of my fears, I was cast as the Moroccan guest judge of “Master Chef Poland” season 2. My first scene was a in a beautiful traditional Riyad where I welcomed the Polish participants with a sentence that I would never forget “Welcome to Morocco, my name is Alia and I will take you through the culinary journey of Morocco”.

In that moment, I became the Ambassador of Moroccan Cuisine as a modern Moroccan woman, with an interracial background, a foreign husband, 2 graduate degrees, infinite openness to the world, and dreams that keep getting bigger…  and you know what? That is what it means being from Morocco, a country known for its history of mixed cultures, tolerance, acceptance, and strong women!

After graduation in 2013, I moved to Seoul, South Korea to work in the Global Strategy Group at Samsung. My personal journey of openness continued and this was slowly reflecting on CookingWithAlia’s content. I fell in love with Asia, its people, its food, its culture, its everything. I have been living in Seoul for 4 years and I even got a Korean residency now!

As I was working grueling hours in my job, I continued creating content for CookingWithAlia. Many people did not really understand that CookingWithAlia was just a hobby (to start with) and I did it out of passion.

On a daily basis, I received many messages from people all around the world. however, there were two types of messages that bothered me, those coming from:

1- Bullies. Those are easy to handle, one click on the “block” button and it is resolved.

2- Young girls looking up to me as a homemaker thinking that good food was the secret of a happy marriage.

Don’t take me wrong, I respect homemakers, taking care of a home and children is one of the most difficult jobs in the world. And if you want to make your husband happy, then that’s great! But I was not a homemaker… I was working long hours building a high level career. I love my husband, I would do anything to make him happy, but we are in an equal partnership and I also expect him to do the same with me, which he lovingly does. Marriage should not be a one way street, and especially not a one way “giving” street from women.

I felt that it was my responsibility to show the full image of the person behind CookingWithAlia and inspire girls to do more with their lives than just aspire to be good cooks. I wanted them to know that grit, passion, perseverance, and hard work are a must in life! To be able to do that, I had to show even more of myself and share deeper stories… and this is not easy especially that many of my life choices may seem unconventional and many would not consider them as the right model to follow.

Married to a Hindu?! Moved to Korea without your husband for one year and half to pursue a career?! Married for 11 years and no kids yet?!  You travel alone?!

I am a woman who was born free and chose to live a free life against all. I don’t follow a model of how to live, I create my own. I chose to study hard, work hard, marry the person I love, discover the world, live priceless experiences even though I was called “crazy” at every step of the way.

So I started showing myself more… a few people did not like it, but many others encouraged me to share even more!

CookingWithAlia took a bigger dimension than when it started, so I wanted to keep growing it and inspiring people, but with my job many of my projects were not feasible. So I quit my daytime job. Yes I did, another “crazy” thing… quitting a great career and a nice expat package in a prestigious multinational company to pursue my dream.

In 2016, I planned a full CookingWithAlia upgrade: introducing arabic to all the content, filming cooking series aboard (Bali and India), writing cookbooks , hiring a team… and step by step it happened!

This year in 2017, I created my own company www.OhDelicesCreative.com where I work with food brands to empower and bring new and fun experiences to their customers in the kitchen – the same vision I have for CookingWithAlia.

So this is why I do what I do… I wake up every morning excited about cooking, creating, and connecting people!

I am simply passionate about food for its ability to speak about cultures; I am passionate about people and their unique stories, and I wake up every morning with the dream to touch people’s lives and open their hearts to tolerance and cultural diversity, one recipe at a time.

I wake up every morning hoping that someone somewhere in the world, will see what I do, and have a beautiful “Bruges Moment”.

That is my purpose in life. 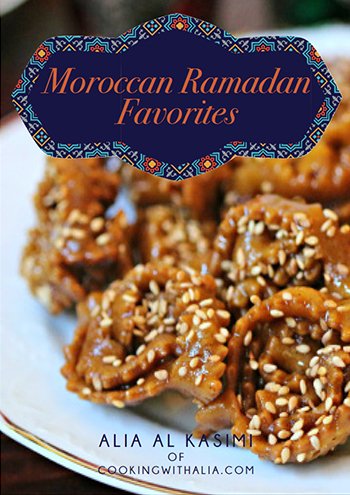 15 step-by-step photo of Moroccan recipes that are especially popular during the month of Ramadan, such as: Harira soup, Chebakia cookies, and Sellou 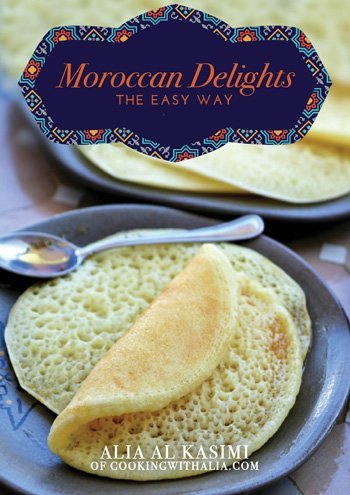 27 step-by-step photo-recipes of Moroccan Delights, from the classic cookies to the traditional breads recipes. Time to bring the flavors of morocco to your kitchen 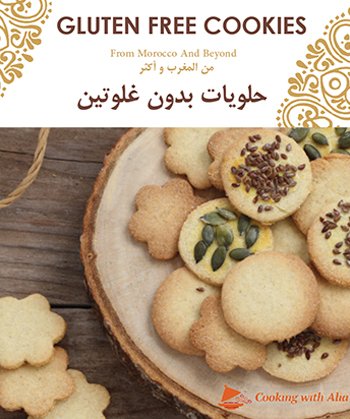 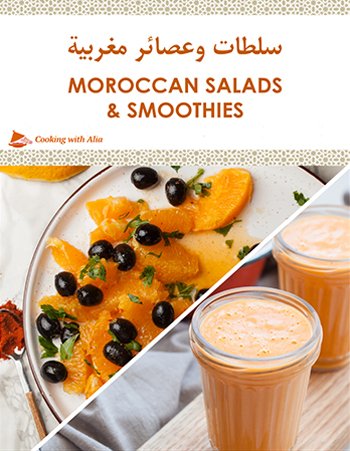